Get the Relationship Advantage Now! -- & About Mike 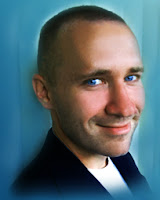 About the Founder of MyCosmicDNA.com, Mike Stone.

Mike Stone, was married for three years. After three years, he discovered that his relationship wasn't going to improve. It was noticeably not working out or improving after a year and a half. He was young; so was she. But after this, he continued to read and study and ask the hard questions. Now he has found a way for us to have the "Relationship Advantage" and gain insight into a relationship before we invest our lives.


"If I could have known my marriage wasn't going to work, we could have just been really great friends -- because she is a great girl."

After a long while, and with much research and investigation, Mike went on to found MyCosmicDNA.com. Over the past year, he has developed it into a storehouse of all self and compatibility information, in which Astrology can possibly offer, to pinpoint accuracy. He wants us to experience the best relationship possible, and now it is possible.

Posted by MyCosmicDNA.com at 2:17 PM